Scott Howland to be featured at Reading Fringe’s Digital Festival

Our very own Scott Howland and his original work, ‘Grip’ will be featuring as part of Reading Fringe‘s digital festival and will be available online from 27th July – 31st August.

It was recorded last year in Covent Garden by LIVR and is in full 360 degree realness! (Similar to virtual reality).

To find out more:
https://readingfringefestival.co.uk/whats-on/grip-in-360/

Comments Off on Scott Howland to be featured at Reading Fringe’s Digital Festival  |  Filed under: News, Scott Howland  |  Tags: No Tag 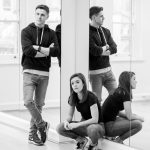 If you’d like to read the most recent article in The Stage about client Scott Howland – you can find a link HERE.

There’s also a follow-up article planned about an exciting project of Scott’s this Spring!

N2P at The Cockpit Theatre this week!

This​ Camden Fringe, ​N2P are offering an ​Industry Showcase​, featuring a dozen emerging artists performing never before seen work by acclaimed TV writer ​Damon Rochefort​ (Coronation Street, Everyone Quite Likes Justin, Puppy Love, Getting On​, and ​Birds of a Feather​). Damon will be overseeing the presentation of selected scenes along with a post-show Q&A and drinks.

Full cast list forthcoming.
N2P​ are the award winning creative team behind new writing such as ​Nothing to Perform ​(★★★★★, The Open Door)​ and GRIP​ (★★★★★ LondonTheatre1 and WINNER of the ‘Audience Choice Award’ at the International Youth Arts Festival)​. ​N2P are also associate artists of the ​London Film School​ for whom they supply actors and directors every term for their MA Screenwriters readings. N2P also offer free monthly ​#networkshops​ – networking events for creatives of all disciplines, led by guest-artists like Middle Child founder Ed Cole and spoken word/vocal looping artist Koko Brown.
This showcase will be a culmination of 6 months of Networkshops held by N2P across numerous venues in London.
“I’ll be watching out for all concerned here, some promising futures abound.”
– Ought to be Clowns
As a core writer of the ​Coronation Street​ team, ​Damon Rochefort​ has written highlights for the show including the funeral of the legendary Blanche Hunt and Deidre Barlow and the double episode tracking the immediate, heart-breaking aftermath of the 50th anniversary’s tram crash. He also originated a series of online standalone shorts for Corrie, the first of their kind for the show. These were so successful, that Damon was commissioned to adapt them for an ITV 2 one-off of the same name.
Writer and RADA MA graduate ​Scott Howland​ has written and performed in three original plays at Tristan Bates Theatre, RADA Festival and the Camden Fringe. BroadwayWorld UK says,​ ​”Howland is relaxed, charming and has a natural ability to command attention on stage.”
NYC native and fellow RADA graduate ​Harriet Taylor’s ​direction has been called “innovative and brave” by The Open Door. She has directed at Theatre 503, Mountview Academy of Theatre Arts, RADA Festival, Bloomsbury Festival, IYAF, and at the Tristan Bates. She is Assistant Producer at The Mono Box.
“They are a creative team worth watching out for.”
DATE​: 17th and 18th August – 7:00m / The Cockpit Theatre DURATION​: 60 Mins
TWITTER​:@nothing2perform
– The Play’s The Thing
TICKETS: ​£15/£10
WEBSITE​: w​ ww.nothingtoperform.com INSTAGRAM​: @nothingtoperform

Comments Off on N2P at The Cockpit Theatre this week!  |  Filed under: News, Scott Howland  |  Tags: No Tag 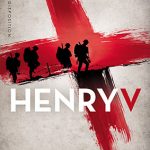