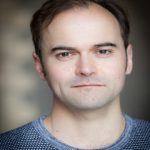 He can currently be found leading teams around the Crystal Maze and is rated one of the top Maze Masters but at the end of this month Michael joins In The Park Productions at Centre Vale Park in Todmorden for their summer production of ‘Robin Hood’.

Check back for ticket information! 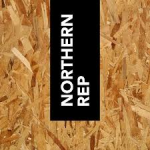 Client Michael Justice can currently be found amongst the much sought after ensemble of Manchester’s newest theatre company – Northern Rep.

On until April 15th in the Great Northern – you can get further information and book tickets here! 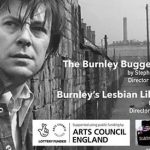 Michael Justice can be found in Burnley this February following his work at Push Festival Home@McR this Jan.

He is working with Inkbrew Productions and can be seen in ‘Burnley’s Lesbian Liberator’ directed by Helen Parry.

The Burnley Buggers’ Ball & Burnley’s Lesbian Liberator
Sat 25 February, 12.00pm – 1.15pm & 2.00pm – 3.15pm, Burnley Central Library
In the 1970s, Burnley was the UK’s battleground for gay and lesbian rights. Who knew?! To mark the 50th anniversary of the Sexual Offences Act (1967), LGBT History Month has commissioned two brilliant new dramas from Inkbrew Production to rediscover this amazing forgotten history. The Burnley Buggers’ Ball, by Stephen M Hornby, tells the story of a transformative political meeting held at Burnley Central Library. Burnley’s Lesbian Liberator,by Abi Hynes, dramatises the political activism of a bus driver sacked for nothing more than wearing a badge. Both plays are vividly staged in the sites where the original events happened.
Suitable for adults and young people aged 12 and over
No booking required. Each performance is open to members of the public for free on a first come, first served basis until venue capacity is reached
Please note these performances are at Burnley Central Library, Lancashire, BB11 2BD
Travel Information:
– Bus X43 from Chorlton Street, Manchester to Bus Station, Burnley (Gate 7)
– Train from Manchester Victoria to Burnley Manchester Road

For further information on the company, see their Facebook page HERE 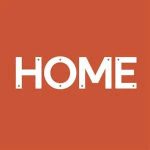 This January we’re proud to have two actors involved in very different work at Home in Manchester as part of their Push Festival 2017.

William J Holstead will be reviving his role in Franz Kafka’s ‘The Trial’ for People Zoo Productions – showings 16-18 January.

And Michael Justice is working with Squarepeg Theatre on a showing of ‘The Return’ – a work in progress. 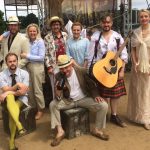 Clients Justine Elizabeth Bailey, Darren John Langford and Michael Justice are all out on the road…together!

The three star in Shakespeare’s ‘Twelfth Night’ and new and original adaptation of ‘Alice’ for Page-2-Stage Productions and can be found trekking the country until the end of July.

The three are all graduates of The Arden School of Theatre and have accumulated some outstanding credits over the last ten years.